Every year, the Department of Philosophy presents three different awards to our very best undergraduate students: the Radoslav Tsanoff Prize, the Konstantin Kolenda Fellowship, and then James Street Fulton Prize. For more information about each of these awards, please see below. 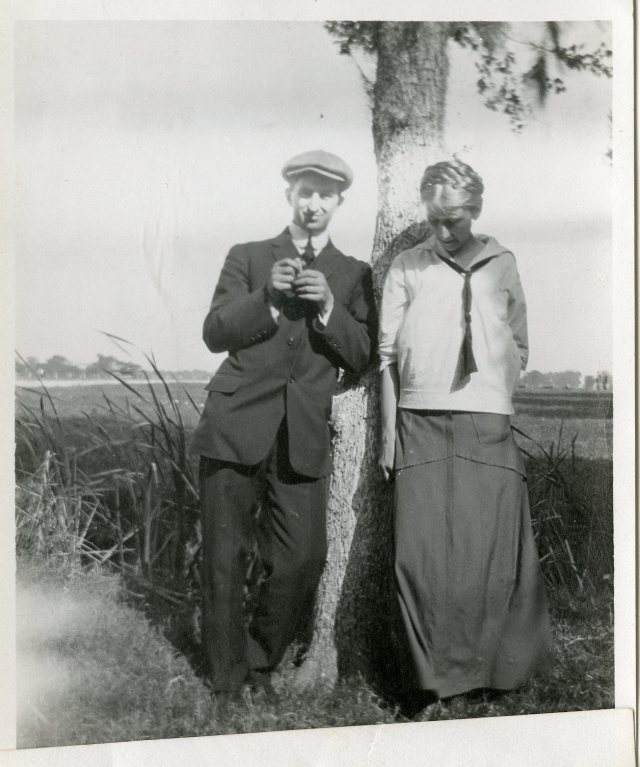 The Tsanoff Prize is awarded for the best essay by an undergraduate student written in any course offered by the department. The prize honors Radoslav Tsanoff, the first faculty member of Rice’s Department of Philosophy and its chair for many years. The image on the left shows Tsanoff and his wife around 1916, with Houston's largely empty Main Street in the background. The Tsanoff Prize is funded from contributions made by his former students. The prize is in the form of tuition remission and the competition is only open to students who will be enrolled in the subsequent year. The total sum of the prize is $4,000. Papers may be nominated either by faculty or by students.

Students may submit two papers to the department administrator at the end of the Fall or Spring semesters, clearly indicating that they are for the Tsanoff Prize. 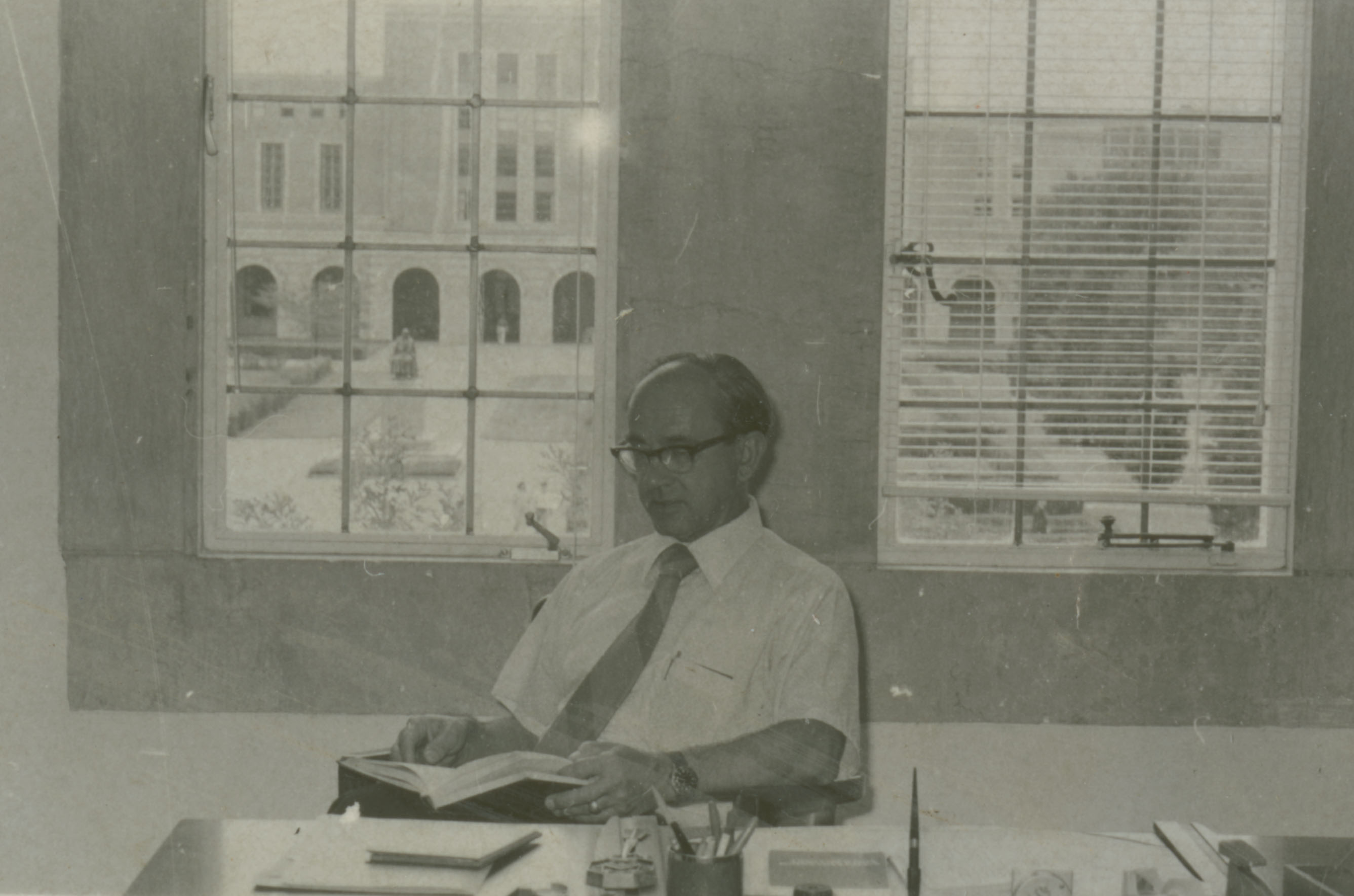 The Konstantin Kolenda Fellowship is awarded each year to a philosophy major who will be a senior and who has shown outstanding promise, as evidenced by academic performance, enthusiasm for philosophy, and breadth of interests. The fellowship was established in 1998 in honor of Professor Konstantin Kolenda by his wife, Dr. Pauline Kolenda. Konstantin Kolenda was a longtime member of Rice’s Department of Philosophy and his many books are notable for their humane wisdom, wide field of vision, wit, and accessibility. The image on the left shows Konstantin Kolenda in his office in 1974, with a view of Fondren Library across the Academic Quad.

The recipient for the Kolenda Fellowship is selected by a committee of philosophy department faculty. The award varies in value, depending on the endowment yield, but it is normally in the range of $3,000-$4,000 and will be directly credited to the student’s account with Student Financial Services.

The James Street Fulton Prize for Excellence in Philosophy

The James Street Fulton Prize for Excellence in Philosophy is given annually to the graduating senior whose overall record demonstrates the highest levels of achievement and motivation in the field of philosophy. The award was established in 2001 by the Department of Philosophy to honor James Street Fulton, one of the founding members of the department and longtime Master of Will Rice College. Professor Fulton’s work covered many fields in philosophy—from phenomenology and existentialism to aesthetics, philosophy of science, and philosophy of language.