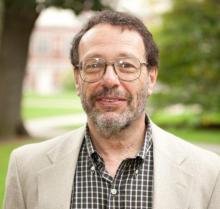 Over the years, I’ve held three academic appointments: first at Fairleigh Dickinson in New Jersey, then at the University at Vermont, and finally at Rice, where I joined the philosophy faculty as Herbert S. Autrey Professor in 1991. I chaired the Rice Philosophy Department from 1993 to 2000.

My early interests in philosophy were in action theory and the philosophy of mind; my dissertation, written under the supervision of Arthur Danto, was entitled "Reasons, Actions, and Determinism." My interest in agency has persisted, but my interest in the philosophy of mind soon faded as that field increasingly incorporated findings from neuroscience and other empirical areas. Because it seemed too hard actually to have to know things, I was, and remain, strictly an armchair philosopher.

My first venture into the normative areas of philosophy was an essay entitled "Justifying Reverse Discrimination in Employment" which I wrote as a one-off, but which was well enough received to encourage me to pursue the deeper issues that it left unresolved. That pursuit led to a series of essays on issues related to compensatory justice and eventually to my first book, Desert (Princeton 1987). Since then, my interests have zigzagged back and forth between political philosophy and some of the more individual-oriented questions of ethics and moral psychology. Within political philosophy, I've written books on the thesis that government shouldn't attempt to promote any particular conception of the good life (Beyond Neutrality: Perfectionism and Politics, Cambridge 1997) and on the role that choice should play in determining the distribution of goods within a society (Equality for Inegalitarians, Cambridge 2014). Within moral psychology, I've written a book about the nature and importance of blame (In Praise of Blame, Oxford 2006) and another about the relation between what we know and what we're responsible for (Who Knew? Responsibility Without Awareness, Oxford 2009).

A word, finally, about my current work. My most recent book, A Wild West of the Mind (Oxford 2021), is about freedom of mind. Unlike most treatments of that subject, which center on external threats such as censorship and thought control, this book focuses on the threats that are posed by internalized moral restrictions. Unlike those who believe that many nasty beliefs, attitudes and fantasies are morally off limits, I argue that thought is a morality-free zone-- that within the confines of our own minds, we are morally permitted to think absolutely anything. After completing A Wild West, whose publication was delayed by Covid, I've gone on to write essays on: the suppression of offensive speech, trying as hard as one can, culpable moral ignorance, adaptive preference formation, the rationality of resisting change, the case for living in the moment, whether morality requires ineffective gestures, and, right now, the relative moral standing of humans and animals. I have no idea what I'll do next, but I assume that something will occur to me.