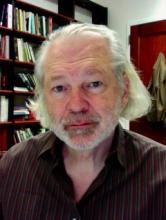 In The Significance of Consciousness (Princeton University Press, 1998) I defend a role for self-critical first-person reflection in philosophical inquiry, and rely on this in arguing for an interpretation of the notion of phenomenal consciousness. I make the case that phenomenal consciousness so understood is inseparable from the intentionality of sense experience and thought, though it is not to be reductively explained as a form of mental representation. And I argue that it has a deep intrinsic value that makes especially compelling the need to do it theoretical justice.

I have continued to work on these and related ideas, publishing articles on issues such as: the nature of “first-person warrant” for judgments about experience; the relation between self-knowledge and rationality; the “grand illusion hypothesis” and the richness (or poverty) of visual experience; the “transparency” of consciousness and the feasibility of attending to one’s own experience; perceptual constancy, sensory attention and the notion of sensorimotor intentionality; and the legitimacy of a phenomenological approach to understanding the mind.

I am planning a book that draws together and extends this work, provisionally entitled Respecting Appearances. In it I would also like it to tackle questions about: the distinction between the senses and the intellect; what’s right and what’s wrong in the notion of “inner perception” as a source of self-knowledge; and the value and perils of self-consciousness in its various forms.

My work on Plato has focused most on a reconstruction of the Republic argument for the tripartite division of the soul and the view of human motivation implicit in it. I have published one paper on the division between reason and appetite, and am writing a second explaining the case for recognizing the third part, “spirit.” My hope is that this and other work in Ancient Philosophy will integrate more fully with my general interest in consciousness, by contributing to a view of how desire is variously manifest in experience, and how self-knowledge and psychological unity are both to be regarded as achievements, not as givens.